THE BODMIN AND WADEBRIDGE RAILWAY

Wadebridge and District Museum are both a partner and a destination on the FIRE & STEAM project and heritage trail, celebrating the original Bodmin and Wadebridge Railway and organised by Wadebridge Creative Hub and partners with funding from The National Lottery Heritage Fund, Arts Council England and FEAST. Find out more at www.wadebridgecreativehub.co.uk/fire-steam/ 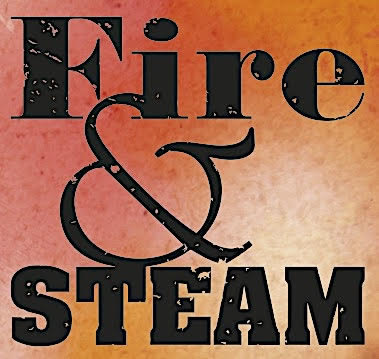 THE BODMIN AND WADEBRIDGE RAILWAY


The Bodmin and Wadebridge Railway Company was incorporated by Act of Parliament on 23rd May 1832. Sir William Molesworth of Pencarrow was the principal promoter and with many local supporters found the necessary capital, about £23,000. Nearly all early railways were built to connect inland towns with their nearest port or navigable river, but the Bodmin and Wadebridge was intended to convey sea sand to the inland agricultural areas and coal for the mines and domestic hearths. The main line was from the original terminus at Wadebridge, located where the Co-op car park is now, to Wenford Bridge, a distance of 12 miles. Two branches, from Grogley to Ruthern Bridge and Dunmere to Bodmin completed the system of 14¾ miles.

Opening took place in 1834, with trains running from Wadebridge to Dunmere and the Bodmin branch from 4th July. The full network including Dunmere to Wenford Bridge and the Ruthern Bridge branch opened on 30th September, celebrated in style with flags flying and bands playing. Other traffic apart from sea sand soon developed: coal for Bodmin and Wadebridge gasworks, corn, minerals and timber, and granite from quarries along the line and De Lank, near St Breward. A regular passenger coach was run between Wadebridge and Bodmin, though in 1838 only 3274 passengers were carried, bringing in £88.

The Bodmin and Wadebridge was only the sixth public railway in the country and the first south of a line from Liverpool to The Wash to be worked wholly by steam locomotives from its opening. It opened three years before the first main line in the country, from Birmingham to Liverpool and Manchester, and four years before the first main line out of London was opened, to Birmingham in 1838. Nevertheless, it was a solidly built, well run and efficient undertaking.

The Company possessed three locomotives, "Camel" delivered in February 1834 and "Elephant" in 1836 cost £725 and £800 respectively and were brought in parts to Wadebridge by sea from Neath Abbey Ironworks, South Wales. "Bodmin" was the third engine, bought in 1863. Several of the passenger carriages are preserved in the National Railway Museum at York. These and all the goods wagons were constructed locally, at Wadebridge, even the ironwork, wheels and springs being supplied by a small foundry nearby. On Tuesday 14th June 1836 the Bodmin and Wadebridge Railway made history when "Camel" and "Elephant" headed two excursion trains from Wadebridge to Wenford Bridge and back. These were the first known cheap public excursion trains in the country and conveyed 800 passengers at one shilling each. The Company exhibited some business acumen in attempting to attract passenger traffic. Those returning the same day were carried at half the ordinary fare, a very early example of cheap ticket facilities.

A rather macabre event was the running of excursions from Wadebridge to Bodmin on 13th April 1840 to witness the hanging of William and James Lightfoot outside Bodmin gaol. The railway passed close to the prison walls and some passengers were able to watch the event from their seats. This particular occasion was of special interest to Wadebridge people because the murdered man, Nevell Norway, was well known in the town.

Although the Bodmin and Wadebridge had been taken over by the London and South Western Railway in 1846, the local independent management continued until 1886, when the purchase was regularised by Parliament. One result of this change was the introduction of several small L&SWR locomotives to replace the little company's "Bodmin". These included the famous 2-4-0 tank engines designed by Joseph Beattie and built in 1874-5. Three of this class finished their long lives on the Wenford Bridge line in 1962 and one is still preserved. It was brought to Wadebridge for the 175th anniversary event in 2009.

The Bodmin & Wadebridge was physically isolated from other railways until the Great Western Railway branch from Bodmin Road connected with it at Boscame Junction on 3rd September 1888; the North Cornwall line from Halwill reached Wadebridge on 1st June 1895 and was extended to Padstow on 27th March 1899.

During World War II, Polish troops operated an armoured train on the line along the estuary as part of the coastal defences. Apart from the Ruthern Bridge branch, closed at the end of 1933, the whole of the original Bodmin & Wadebridge Railway remained in use until the Beeching report led to closure to passenger traffic in 1967 and to freight in 1978. The line is now the Camel Trail, a recreational route for cyclists and walkers.