The barge trade was once of great importance, being one of the main forms of transport in the area. The 1699 Gascoyne map of Cornwall shows many settlements which would have been served by barges. These were Pendavey, Wadebridge, Trevilling, Trewornan, Amble, Tregenna, Penquean, Ponskin, Tregunna, Trevelver, Halwyn, Little Petherick and Trebetherick. Most of these places can still be found on Ordnance Survey maps but Ponskin is now Pinkson Creek. There were once iron and copper ore mines on this inlet and sea-going vessels as well as barges used to load and unload prior to the coming of the railways.

Gilbert writing in 1817 notes that at Wadebridge there were commodious cellars and timber yards with good anchorage for boats and barges which came up daily from Padstow. Barges carried coals, general merchandise and sea sand for use as fertilizer on the fields. 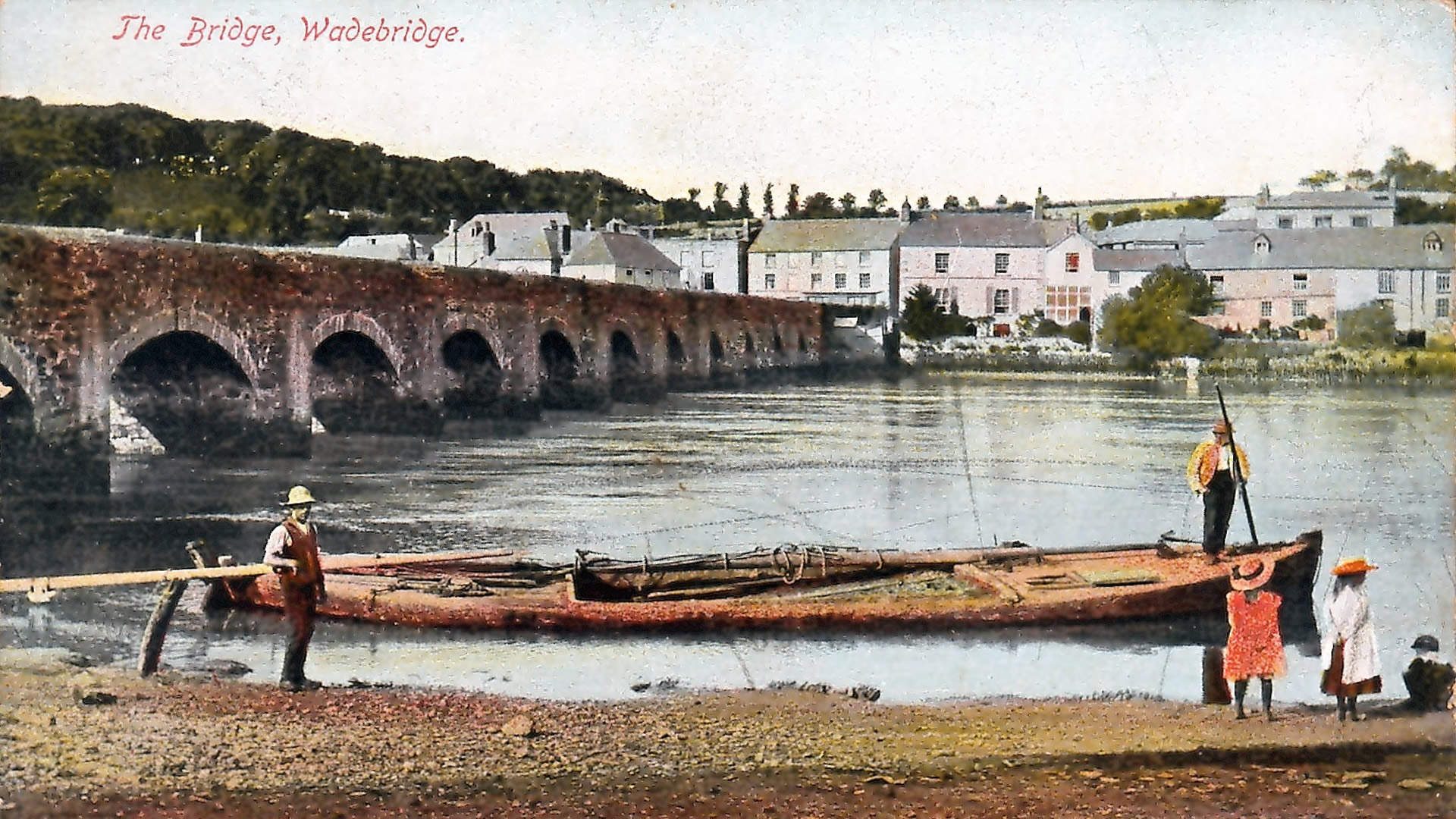 Maclean's History of Egloshayle mentions that in 1794 a statement was prepared in connection with the proposed building of a canal which noted that there were 24 barges employed on the River Camel. The number had increased to 32 at the time of the opening of the Bodmin and Wadebridge railway in 1834.

There were large depots for unloading sand at Clapper and Sladesbridge. However the coming of the railways caused a steady decline in the use of barges. When Maclean was writing in 1871, bargemen were earning two shillings and sixpence with each tide. Those men employed unloading vessels at the Wadebridge Quays earned seven shillings a day, but as the river is only navigable at Spring tides they were often without employment.

Bargemen had to possess great skill and an intimate knowledge of the tides as it was necessary to avoid running aground. If too late a start was made the last mile or two had to be won against the first ebb of the stream which was very hard work. Should a sand barge run aground when fully loaded and failed to float off on the next high tide it could be in serious trouble. If the wind changed direction the barge could even be swamped at the next high tide.

A bargeman’s life was sometimes a dangerous one and could lead to death. Thomas Beer of St Kew was drowned in December 1805 while bound for Amble from Padstow. On September 2nd 1898 the lifeboat, Helen Peele, had to rescue bargemen N. England and W. Prior when their barge took in water and sank.